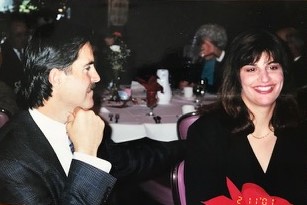 The One Thing I Don’t Want You to Know

I am kinda embarrassed to share this story with you. Why? Maybe you’ll judge me. I have held back many times in sharing the real me and what I am dealing with. Rather than ask for support or seek assistance, I’ll just put my head down and Lone-Ranger it until I’ve figured it out. Can you relate?

Well, here goes. Before my husband Russ died, he asked me to finish his book.  I was left with piles of paper with over 200 poems, and narratives. Some had dates, some did not, some had a series of numbers and some did not. He had been diagnosed with a rare, orange-sized tumor, an oligodendroglioma-astrocytoma. Say that 10x fast. Surgery held the promise of a month, or at the most three, of an extended life. He lived for ten and a half more years. In his recovery, he started writing poems. His daily creed, Carpe Diem – Seize the Day.

While he was alive, he had encouraged and empowered newly diagnosed cancer patients and specifically those diagnosed with a brain tumor, to never give up and to find a way to heal.  He wanted his book to encourage those still here!

I wish I could tell you I jumped right in and finished the book. Russ and I thought it’d maybe take me 6 months to a year to finish.  A year turned into 5, into 10, into 15, into…yikes.  Can you relate? Do you have something you’ve been putting off?

Well of course I had my reasons. The first thing was, I didn’t consider myself a writer. My first angel would appear, my book coach, Tom Bird.

Russ’s writings now in binders, moved with me from state to state into a new closet space.  In 2011 my next book angel would appear. A dear friend, Jeff Delnero, with his huge generosity inputted over 200 poems and narratives and gave the book its first cover.

The book went dormant again. I think there was something at a subconscious level that I am now only recently present to.  If the book is done, then this chapter with Russ is truly over. Even writing these words brought tears to my eyes. I have moved forward in my life but this one area, an intimate relationship with another man, has had its starts and stops and still feels ever elusive.

In 2016 another book angel friend, Chris Baker, would spark another light and we inputted all the graphics. More would appear, Eric Riesenberg. On April 9th I declared to 60 people in my leadership class I would have the manuscript complete and 26 days later it is done!  Now, “Paper Bag Writer” is with the pros to be released this Summer!

Are you Lone-Rangering it? Who do you need to connect with to fulfill on that one thing?  Today is the day! Carpe Diem!  Seize the Day! What’s your unfinished business? Have you told yourself, “It’s been so long, what does it even matter anymore?” It does matter. Keep the promises to yourself. Live a life of no regrets.

P.S. I love to connect. Leave your comments here! 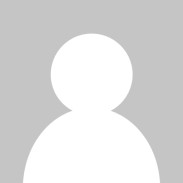